Hey there gang, how’s it going? It’s been a busy week, but it’s that time again – blog post time! While there are plenty of available topics given all the stuff flooding the news at the moment, you all, unless you’re new here (in which case, welcome, feel free to look around the site after you’re done here!) don’t want sermons or theory, you want, nay, need, practical information… and that’s exactly what I have for you today. Enter: The Apocalypse Diet.

What do you get when you breed the worldwide phenomenon that is the diet scene with an ethos and a movement like survivalism? You get a bouncing baby juggernaut, that’s what! The intersection of prepping and diet is a money factory. It’s like being the guy with the shovel stand during the California gold rush. Of course, those of a survivalist mindset know that when and if it all comes crashing down around us, money will be worth less than toilet paper. Tangible value is what matters to folks like us, and what’s more tangible than the food we eat? You see, the survivalism diet trend has produced some of the tastiest engineering marvels anyone ever stuck a fork in, including everything from good old meat and potatoes style dishes to vegetarian entrees and a plethora of sides and deserts, all of which are available for purchase and consumption.

The first thing worth noting about this diet program is that, well, it isn’t really a diet program at all. Nor is it attached to any official brand name, slogan, or what have you. Call it what you want, but at the end of the day, the Prepper Diet is nothing more than what you’ll be eating in earnest should the world ever take a nosedive. Survivalist food companies and their ilk will wrap their fare in gaudy trappings, but at the end of the day, freeze dried food is just that, no more, no less. 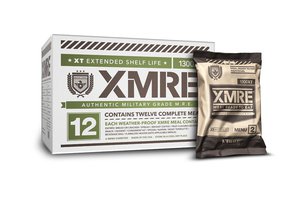 Once the bloom has fallen off the rose, so to speak, and would-be eaters – that’s you and I! – are left looking at stark reality, it’s good to know that we can count on some good news. Ladies especially, listen close: In a situation that requires its adoption, energy is everything, and as it happens, calories are an excellent storage and delivery mechanism. In plain, simple terms, the more calories you can stuff in on the Survival Diet, the better! In keeping with that simple truth, companies like XMRE and The Wise Food Company are replete with 3,000+ calorie servings of mac and cheese, tuna fish and noodles, various cobblers and crumbles, and so on. Of course, there are other companies selling other items, but you guys get the point, I think, which is that in an environment where extreme duress is the norm, those with the greatest energy reserve stored up have the advantage, and as things stand now, storing up such reserves is as easy as a mouse click or a phone call. Better yet, with all of the aforesaid in mind, most of the stuff on offer from these companies tastes pretty good, too (this being a slightly important attribute of anything you’re going to be eating for months or years to come).

So, where are we with the state of survival food? Well, we’re in a very good place: A multiplicity of providers are chomping at the bit to give anyone who wants it access to a variety of tasty, durable food choices. Unfortunately, if you have pros in a situation, you’ll invariably have cons, and such is the case here. Let’s examine them. 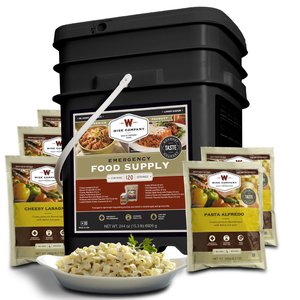 To begin, let’s talk storage. Modern survivalist-centric food is packed in containers and using methods which are virtually indistinguishable from the military-grade MRE (Meal Ready to Eat). While this provides a great shelf life, taste can suffer, especially in the case of complex dishes like soup or chili – a plasticky, metallic underbite often presents itself in food which has been kept for a long period of time. Moreover, modern packaging is susceptible to spoilage by rats in a way that steel or aluminum cans simply are not. Unfortunately, the structural integrity of these cans, especially over decades, is somewhat suspect. As such, it becomes a balancing act: Bulk and perishability versus long-term palatability.

Second, let’s talk price. There’s no two ways about this point – survival diet rations are expensive! Basic staples like rice and beans may be had quite cheaply, sure, but those will get old fast, and if eaten on their own, can’t provide full nutritional satisfaction. Freeze dried or dehydrated food, by contrast, can run the gamut from raw grains and fruits to full, nutritionally complete “heat and serve” meals. Of course, convenience and complexity come at a cost – rice may be had for a dollar or so per kilo; Mountain House’s and Lindon Farms’ offerings are almost always $3+ USD per serving. In essence and in irony, you need to be somewhat affluent in the first place in order to get started on the TEOTWAWKI Diet. 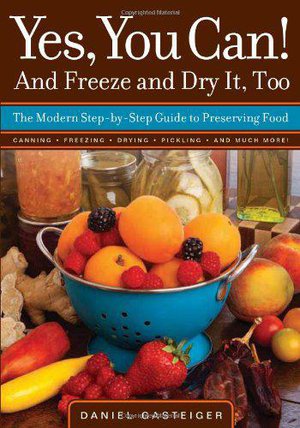 Lastly, it’s important to note that many companies don’t market their cuisine as survivalism-grade. Most purveyors of the sort of food discussed in this post offer stuff to a demographic more concerned with power outages, blizzard snow-ins, and other short-term natural disasters. As such, would-be buyers ought not, perhaps, to go looking for such things from these companies. After all, while the aforementioned cans keep things from rancidity for decades, foil pouches like the ones which cloak today’s MRE-style foods aren’t nearly as protective over equivalent periods of time. Freeze drying and dehydration helps, but saps moisture and flavor content such that picky eaters might wish they’d simply kept their wallets and their mouths shut from the start! By way of closing, it’s worth noting that there’s a solution to the problems of price, diminished flavor, and so on: If you’re looking at a survival diet company, consider purchasing raw ingredients rather than ready to eat products. Seeds, oats, spices, and the like store smarter, keep longer, and taste better than pre-made items, plus they allow the user to cook his or her own food, a survival skill in and of itself. Other survival foods, whether they be simple staples or comforts like the venerable Twinkie, may be purchased elsewhere.

Well, friends, it’s time to part for another week. Thanks very much for reading. Feel free to swap your SHTF recipes in the comments below, and keep an eye out for next week’s post – it’ll be here before you know it! See you soon.