My Side Of The Mountain

My Side of the Mountain | The beginning of a passion

Survivalism, prepping, simple common sense or a crackpot’s indulgence in fantasy – call it what you will, but the drive to survive is the bedrock of human endeavor. Indeed, without it, there would be no humans to speak of at all! It’s only by a confluence of world events and coincidence that man’s most ancient yearning for life has become commercialized in the way that it has, and as with all things commercial, the momentum tends to build, piling upon itself until a sort of critical mass has been reached (or until people simply lose interest for some reason or another). As things stand now, survivalists and their ilk are looked at with bemused indulgence at best and scandalized mistrust at worst. People are, it would seem, simultaneously fascinated and disdainful – fearful, even – of this “better safe than sorry” lifestyle and those who live it. 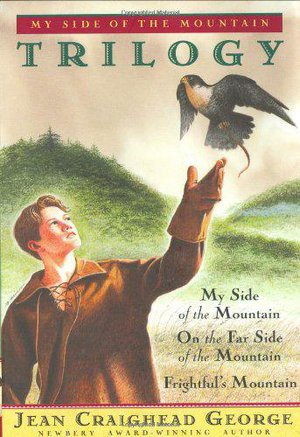 My Side of the Mountain

Things, in other words, can be kind of grim on the survivalism scene, which is why it’s nice to knock a hole in the facade and let some light in whenever the opportunity arises. Mulling over possible topics for this week’s blog, I had a thought: Why not do something purely based on fun? Hey, why not do a book review? And thus, this week’s blog post was born. Friends, I’d like to introduce you to what, in my own humble opinion at least, is one of the best young adult survival-themed novels of all time: My Side of the Mountain, by Jean Craighead George. I’m excited to share it with you, so let’s jump right in!

The whole adventure starts when twelve year old Sam Gribley, disenchanted and stifled by his cramped, loud, dirty urban existence (he lives in a New York City apartment with his mom, his dad, and eight siblings of various ages and temperaments), decides to run away from home and pit his skill and courage against the wilderness of the Catskills. Thus resolved, he makes a bargain with his dad to the effect that he’ll let people know what he’s up to so that his folks will know he’s still alive, and then lights out for his grandpa’s derelict farmstead without a second glance.

Actually, wait a second. Rewind. The book actually starts with Sam huddled in the cool little house he crafted for himself out of a hollow tree one summer, lost in reminiscence about how he came to be where he is now. In fact, the first three quarters of the book is one big flashback, but that’s ok; sharing Sam’s memories of his triumphs, his failures, and the lessons learned from both only heightens the reader’s experience.

Anyway, after leaving home for the forest, Sam’s first couple nights are cold, hungry affairs; it isn’t until he meets a man named Bill that he learns to make fire without matches. This, as any survivalist knows, is the foundation from which virtually all other knowledge on the subject is obtained. Armed with this new knowledge (and helped along by an innate love of books and a nearby public library), Sam begins to cook his own food, make his own clothes – much of which comes from salvaged deer carcasses – and more, eventually making his aforementioned tree-home in the process. He even begins to befriend some of the native wildlife, going so far as to catch and tame a peregrine falcon nestling. Of course, if Sam had had the Internet at his fingertips like we all do today, advice like this might have helped shorten the learning curve…

As summer fades into autumn and autumn gives way to winter, Sam’s skills at bushcraft and the like grow such that simply living becomes not only easy, but fun. His real concern becomes people. On the one hand, his Thoreau-esque existence thrills him. After all, who hasn’t wished for a chance to throw all the hassles of modern life out the window and live off the land, especially a boy Sam’s age? On the other, however, he comes to realize that human contact is just as important as self-reliance, a point driven home by several encounters with citizens of the nearby town, lost hikers, and so forth. By the final chapters of the book, which switch from a flashback narrative to the normal, start-to-finish pattern most books employ, young Mr. Gribley faces the same balancing act of all great half-wild children: Like Huckleberry Finn, Mowgli, and Tarzan, he matures into the realization that a balance must be struck between civilization and the great survivalist ideal. It’s a delicate thing, especially since Sam values his secrecy and the life he’s managed to build in his new sylvan oasis.

Now, obviously the book goes into much greater detail about Sam’s life (the in-novel timespan is roughly one year), but I loathe spoilers, and so I’ve tried to use broad strokes in describing the plot. If you want to know how everything ends – What happens to Sam? Is he discovered? Does he even survive? – you’ll need to read the book for yourself. In happily ironic fashion, you ought to be able to pick it up at your local library if you’re curious. Speaking of which, I hope I have made you curious about the book, because it really is quite good. If what I’ve written makes the book sound boring or moralistic, though, then ignore it! The fact is, Mrs, George has packed it full of adventure, humor, and even education – her illustrations and recipes will have readers itching to try their hand at tree-whistle making, cooking up a stack of acorn pancakes, and pursuing any number of other woodsy delights. In fact, these illustrations and recipes spawned a spin-off in the form of a My Side of the Mountain Survival Guide. Topics covered include shelter making, food preservation, and of course, the conjuring and maintaining of fire. In short, whether it’s a straightforward adventure story or an elementary primer on the basics of woodcraft you’re after, this little paperback will hit the spot, especially if you’ve got kids around (or are a kid at heart yourself)!

Hey, whaddaya know, it’s the end of another post! I hope this wasn’t too much of a break from the “real survivalism” normally discussed on Signal Survival, because I enjoyed writing about it. In fact, unless there’s some great outcry against it, you can expect to see more book reviews in the future. After all, the mind is the greatest tool we possess, and like all tools, it works best when maintained (and no, ‘Fifty Shades of Grey’ doesn’t count!).

Thanks again for reading, y’all. Be sure to catch another post next week, same Bat time, same Bat channel!